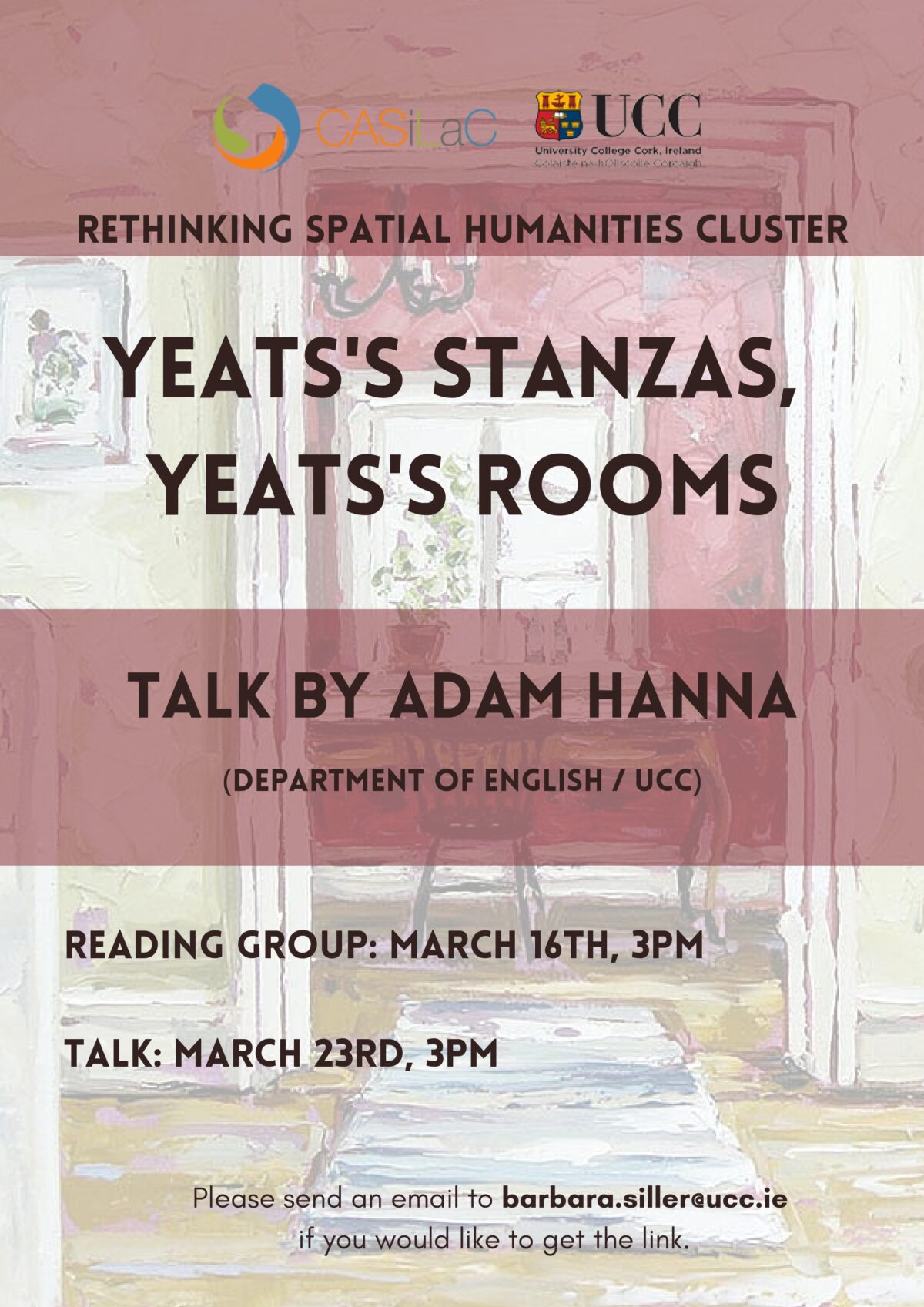 The event will be preceded by a reading group on March 16th, 3pm.

In ‘Yeats’s Stanzas, Yeats’s Rooms’, I suggest that some of the poetic forms that the poet frequently wrote in for the dozen-or-so years from 1919 — grand, architecturally constructed octave stanzas — give rise to the images that fill the stanzas themselves. Yeats’s most intensive engagement with these great forms is roughly coterminous with his occupation of a renovated medieval fortification in the rural west of Ireland, which he named Thoor Ballylee. In this paper, I follow the links between dwelling and writing and suggest that Yeats’s representation of his tower is intimately bound up with his employment of what he called ‘a traditional form’.

Please send an email to barbara.siller@ucc.ie if you would like to get the links.