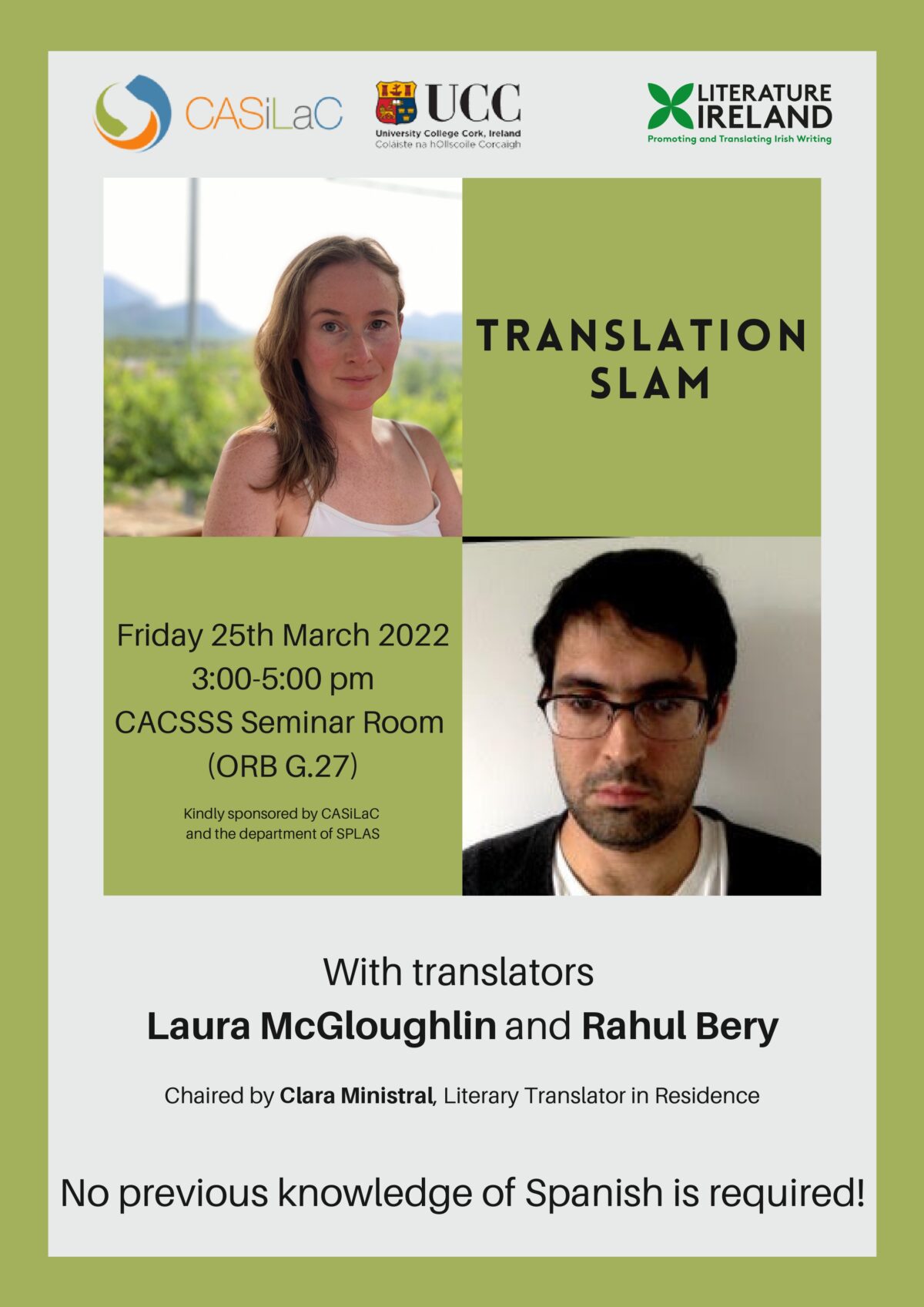 The two slammers will have prepared their translations into English of the same text beforehand. Presenting their work at the slam with the help of a moderator – Literary Translator in Residence Clara Ministral – they will highlight the challenges they encountered, explain the rationale behind their choices and discuss similarities and differences, exploring how the same Spanish text can give rise to two very different, but equally successful, translations.

No previous knowledge of Spanish is required.

____________________________________
Rahul Bery is based in Cardiff and translates from Spanish and Portuguese into English. He has translated novels by Afonso Cruz, David Trueba and Simone Campos and his shorter translations have been published in the TLS, The White Review, Words Without Borders, Granta and elsewhere. He was the British Library’s translator in residence from 2018-2019 and his translation of David Trueba’s Rolling Fields was shortlisted for the 2021 Translators’ Association First Translation Prize.

Laura McGloughlin has been a freelance translator from Catalan and Spanish since completing a Masters in literary translation at the University of East Anglia. She was awarded the inaugural British Centre for Literary Translation Catalan-English Translation Mentorship in 2011. Among others she has translated work by Llüisa Cunillé, Maria Barbal, Flavia Company, Toni Hill Gumbao, and Joan Brossa, as well as for director Carlos Saura, the Museu d’Art Contemporani de Barcelona and the Association of Writers in Catalan (AELC). Her translation of Wilder Winds by Bel Olid was published in January. She is currently Translator in Residence at the BCLT.