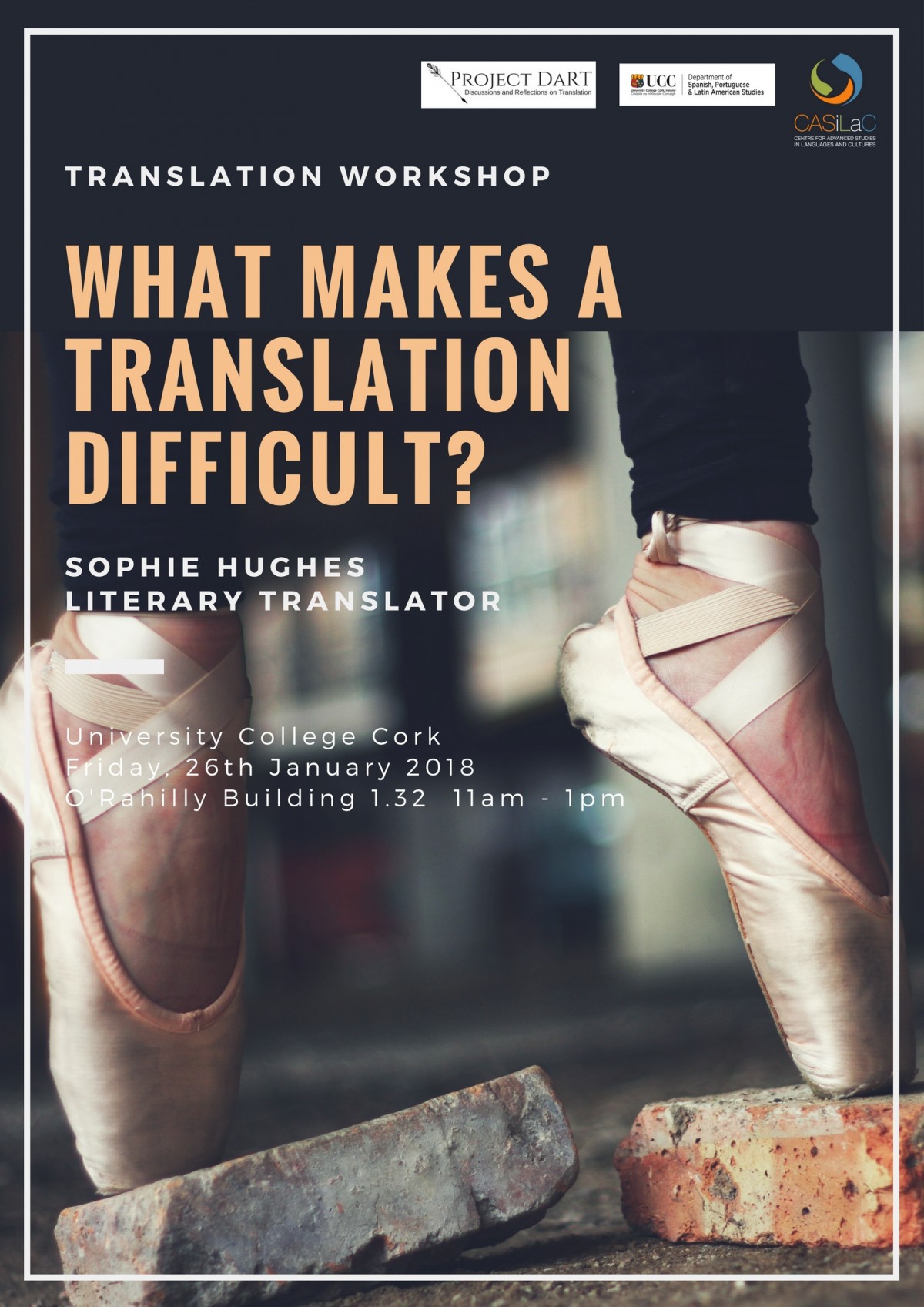 Literary translator Sophie Hughes will be in UCC next Friday, the 26th of January, to give a 2-hour translation workshop (11-1 in ORB 1.32). Departing from the idea that theory is meaningless without the practice that engenders it and that, at the same time, practice can be influenced and benefit from theory, she has invited us to reflect on the question “What makes a translation difficult?”. The workshop will start with a round table discussion on this question in relation to translation theory, to then delve on the practice of “difficult” translations by working on an excerpt from José Revueltas’ El Apando.

Sophie Hughes has translated novels by numerous contemporary Latin American and Spanish authors, including Best Translated Book Award ​2017 ​finalist Laia Jufresa (Umami, Oneworld), English PEN ​Translates ​award-winning Rodrigo Hasbún (Affections, Pushkin Press/S&S), Iván Repila (The Boy Who Stole Attila’s Horse, Pushkin Press), José Revueltas (The Hole, New Directions, with Amanda Hopkinson), and Enrique Vila-Matas (Mac’s Problem, New Directions, with Margaret Jull Costa). Her translations, reviews, and essays have been published in the Guardian, the White Review, the Times Literary Supplement, ​Granta​, ​and elsewhere. She has worked as an editor-at-large for Asymptote and as a translation correspondent for Dazed & Confused, and in 2015 she co-guest edited a Words Without Borders issue on contemporary Mexican literature. ​Sophie has been the recipient of a British Centre for Literary Translation Mentorship, a PEN/Heim Literary Trans​l​action ​G​rant​ for her forthcoming translation of Alia Trabucco’s Zerán’s novel The Remainder (Coffee House Press; And Other Stories)​, and she was recently named one of the “Arts Foundation 25″, 25​ ​artists selected to mark each year the Arts Foundation has been supporting individual creative practice.