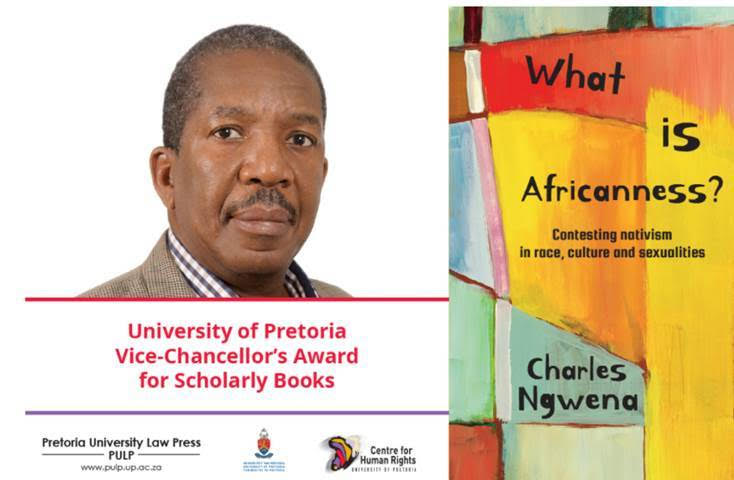 We are delighted to invite you to a talk by Charles Ngwena, from the Centre for Human Rights, University of Pretoria, organized by UCC’s research cluster on Violence, Conflict and Gender, in the Centre for Advanced Studies in Languages and Cultures (CASiLaC), UCC,  in partnership with the Women Studies MA, UCC.

The talk will be chaired by our Cluster’s Visiting Scholar, Lisselot Martín Plaza from the University of Huelva (Spain) whose research focused on literary representations of the trans subject in anglophone literature, examining issues of self-perception, the gaze of others and the intersections of sex, gender, class and race.

This talk will revolve around interrogating African ‘transgender’ through a court decision, Nathanson v Mteliso and Others that was decided by the High Court of Zimbabwe in 2019. Ricky Nathanson, a transgender Zimbabwean woman, had been arrested on a charge of criminal nuisance. It was alleged that Ricky was a man who had entered a women’s toilet. A High Court of Zimbabwe found that Ricky had been unlawfully arrested and detained.

I will use the case to highlight that whilst ‘transgender’ remains a public secret in dominant cultural narratives, it is increasingly being unveiled across the African continent. However, unveiling a public secret comes with real dangers for the protagonist. I draw on the concept ‘public secret’ in the sense it was used by anthropologist Michael Taussig in his book, Defacement: Public Secrecy and the Labor of the Negative, and contexualised by Dora King in her essay ‘Secrecy and the poetics of mourning: mourning Fanny Ann Eddy’ to mean knowing what not to know as well as giving immunity to those who hurt others in the service of protecting a public secret from sacrilege.

Charles Ngwena LLB, LLM, LLD, Barrister-at-Law, is Professor of Law in the Centre for Human Rights, University of Pretoria. Charles publishes at intersection between human rights and health, including reproductive and sexual health with a focus on the African region. He also publishes in the fields of disability rights, and race, and culture. He serves on editorial committees and editorial boards of a number of international journals. He is the Convening Editor of the African Disability Rights Yearbook, Section Editor of Developing World Bioethics (for Law and Bioethics) and associate editor of the International Journal of Gynecology & Obstetrics. He serves on the editorial boards of the Journal of African Law, Stellenbosch Law Review, African Journal of Disability and Human Rights Law Review. He is a co-editor of Employment equity law (Butterworths, 2001), Health and human rights (Ashgate, 2007), Strengthening sexual and reproductive rights in the African region through human rights (Pretoria University Law Press, 2014) and Advancing sexual and reproductive health and rights in Africa (Routledge, 2021). He is the author of What is Africanness? Contesting nativism in race, culture and sexualities (Pretoria University Law Press, 2018).

The following readings are selected from the commentaries that inform my talk:

Nathanson v Mteliso (2019) (This is the case upon which I base by talk. It is available at https://zimlii.org/zw/judgment/bulawayo-high-court/2019/135

Aubrey Mbugua ‘Gender dynamics: a transsexual overview’ in S Tamale (ed) African sexualities: a reader (Pambazuka Press, 2011) 238-246 (This a personal testimony of a transgender African woman. The author is the first African person to ask a court to recognize transgender.)

Bianca Camminga Transgender refugees and the imagined South Africa: bodies over borders and borders over bodies (Palgrave McMillan, 2019) (The book reflects on the lives of Africans from across Africa who are forced to leave home for the reason that they are not gender-conforming)

Kutlwano Magashula ‘A case for removing legal barriers to the legal recognition of transgender in Botswana’ in E Durojaye et al (ed) Advancing sexual and reproductive health and rights in Africa (Routledge, 2021) 152-170. (The essay uses human rights jurisprudence to argue for gender plural laws in an African setting)

Charles Ngwena What is Africanness: contesting nativism in race, culture and sexualities (Pretoria University Law Press, 2018) (The book speaks to the heterogeneity of Africans)

Stuart Hall ‘Who needs “identity”?’ in Evans, J & Redman, P (eds) Identity: A reader (Sage and the Open University 2000) 15-30 (I use Hall to underscore the evolving nature of any identity as being and becoming)

Michael Taussig in Defacement: Public Secrecy and the Labor of the Negative (Stanford University Press, 1999) (provides a discourse on public secret)

Dora King ‘Secrecy and the poetics of mourning: mourning Fanny Ann Eddy’ (2016) 155 Journal of Theology for Southern African 30-48 (contextualises ‘public secret’ as a resource for explaining impunity in an African setting)